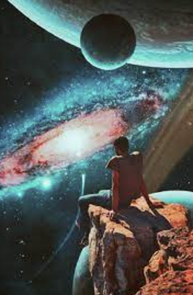 The following is from an interview with John Welwood, the man who coined "spiritual bypassing"
​
"It’s painful to see someone maintaining a stance of detachment when underneath they are starving for positive experiences of bonding and connection."

​"I’m interested in how spiritual bypassing plays out in relationships, where it often wreaks its worst havoc. If you were a yogi in a cave doing years of solo retreat, your psychological wounding might not show up so much because your focus would be entirely on your practice, in an environment that may not aggravate your relational wounds. It’s in relationships that our unresolved psychological issues tend to show up most intensely. That’s because psychological wounds are always relational — they form in and through our relationships with our early caretakers. The basic human wound, which is prevalent in the modern world, forms around not feeling loved or intrinsically lovable as we are. Inadequate love or attunement is shocking and traumatic for a child’s developing and highly sensitive nervous system. And as we internalize how we were parented, our capacity to value ourselves, which is also the basis for valuing others, becomes damaged. I call this a “relational wound“ or the “wound of the heart.”

​There is a whole body of study and research in Western psychology showing how close bonding and loving attunement— what is known as “secure attachment” — have powerful impacts on every aspect of human development. Secure attachment has a tremendous effect on many dimensions of our health, well-being, and capacity to function effectively in the world: how our brains form, how well our endocrine and immune systems function, how we handle emotions, how subject we are to depression, how our nervous system functions and handles stress, and how we relate to others. In contrast to the indigenous cultures of traditional Asia, modern child-rearing leaves most people suffering from symptoms of insecure attachment: self-hatred, disembodiment, lack of grounding, chronic insecurity and anxiety, overactive minds, lack of basic trust, and a deep sense of inner deficiency. So most of us suffer from an extreme degree of alienation and disconnection that was unknown in earlier times— from society, community, family, older generations, nature, religion, tradition, our body, our feelings, and our humanity itself.

Many of us— and I include myself here— originally turn to the dharma, at least in part, as a way of trying to overcome the pain of our psychological and relational wounding. I’ve often seen how attempts to be nonattached are used in the service of sealing people off from their human and emotional vulnerabilities.
​
​​In effect, identifying oneself as a spiritual practitioner becomes used as a way of avoiding a depth of personal engagement with others that might stir up old wounds and longings for love.
So, how do we reconcile the ideal of non-attachment with the need for human attachment?

"That’s a good question. We need a larger perspective that can recognize and include two different tracks of human development— which we might call growing up and waking up, healing and awakening, or becoming a genuine human person and going beyond the person altogether. We are not just humans learning to become buddhas, but also buddhas waking up in human form, learning to become fully human. And these two tracks of development can mutually enrich each other. While the fruition of dharma practice is awakening, the fruition of becoming a fully developed person is the capacity to engage in I-Thou relatedness with others. This means risking being fully open and transparent with others, while appreciating and taking an interest in what they are experiencing and how they are different from oneself."
Proudly powered by Weebly