THE GLORIOUS BOTH/AND
"When we are spiritually bypassing, we often use the goal of awakening or liberation to rationalize what I call premature transcendence: trying to rise above the raw and messy side of our humanness before we have fully faced and made peace with it."
​"The idea of ego death can become a means for covering up your psychological issues, instead of facing them. This can happen when you experience low self-esteem, self-depreciation or even self-hatred. When you see yourself as unworthy – and then add the belief about “ego being the enemy” on top of that – it becomes easy to mistaken your low self-esteem for a sign of successfully eradicating the ego."
The following is from an interview with John Welwood, who coined the term "spiritual bypassing:"

What is it?
​
"Using spirituality to make up for failures of individuation — psychologically separating from parents, cultivating self-respect, or trusting one's own intelligence as a source of guidance— also leads to many of the so-called "perils of the path": spiritual materialism (using spirituality to shore up one's shaky ego), grandiosity and self-inflation, "us vs. them" mentality, groupthink, blind faith in charismatic teachers, and loss of discrimination. And spiritual practice becomes coopted by unconscious identities and used to reinforce unconscious defenses."

"Spiritual bypassing is a term I coined to describe a process I saw happening in the Buddhist community I was in, and also in myself. Although most of us were sincerely trying to work on ourselves, I noticed a widespread tendency to use spiritual ideas and practices to sidestep or avoid facing unresolved emotional issues, psychological wounds, and unfinished developmental tasks.

When we are spiritually bypassing, we often use the goal of awakening or liberation to rationalize what I call premature transcendence: trying to rise above the raw and messy side of our humanness before we have fully faced and made peace with it.

​And then we tend to use absolute truth to disparage or dismiss human needs, feelings, psychological problems, relational difficulties, and developmental deficits. I see this as an “occupational hazard” of the spiritual path."

What kind of hazard does this present?
​
Trying to move beyond our psychological and emotional issues by sidestepping them is dangerous. It sets up a debilitating split between the "buddha" and the human within us. And it leads to a conceptual, one-sided kind of spirituality where one pole of life is elevated at the expense of its opposite: Absolute truth is favored over relative truth, the impersonal over the personal, emptiness over form, transcendence over embodiment, and detachment over feeling. One might, for example, try to practice non-attachment by dismissing one’s need for love, but this only drives the need underground, so that it often becomes unconsciously acted out in covert and possibly harmful ways instead.​​​It is easy to use the truth of emptiness in this one-sided way: “Thoughts and feelings are empty, a mere play of samsaric appearances, so pay them no heed. See their nature as emptiness, and simply cut through them on the spot.”

In the realm of practice, this could be helpful advice. But in life situations these same words could also be used to suppress or deny feelings or concerns that need our attention.  We turn to spiritual practices to feel better, but then may unwittingly wind up using them as a substitute for facing our psychological issues.  Meditation is also frequently used to avoid uncomfortable feelings and unresolved life situations. For those in denial about their personal feelings or wounds, meditation practice can reinforce a tendency toward coldness, disengagement, or interpersonal distance."
​
John Welwood's website with many materials related to blending Western Psychology with Spirituality
​
Spiritual bypassing & Relationships 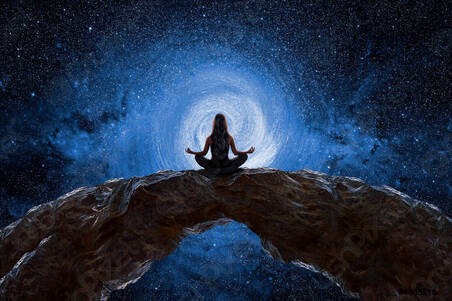