THE GLORIOUS BOTH/AND
Many spiritual paths ask us to leave the ego,
the sense of a separate, personal self, behind.
​
The problem isn't the ego but the fact that the
​ego does not see itself as the beauty it truly is!
-Jason Shulman- 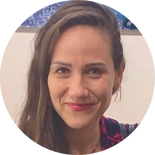 I'm so happy you're here! There are many layers to what you'll find here, and the most important thing is something we're profoundly in need of : A non-dual view in which you, as an individual, matter.

One that shows us how astonishingly real we are, and how significant the world is simply because it exists. A view that wakes us up to being more than just separate - simultaneously separate and one. To our personal selves being so much bigger, not smaller!  More than personal, not subtracting anything vital, which diminishes our size, but adding in more of what we are, so  expanding our consciousness reveals our wholeness, our universal nature, rather than replacing one limited view with another, keeping truth confined to the duality of being either this or that.  Before transitioning to the glorious both/and, we must release ourselves from all dogmatic notions of Absolute Truth, freeing us to choose what will be truth for us, so that unity consciousness may inspire flourishing in our inter-connected, fleeting, preciously sweetbitter lives.

Now we have a precious opportunity to unravel nihilistic non-duality and experience a uni-dual world in which can play a meaningful role in the universe coming to realize itself as us, experiencing ourselves not as a formless ground of Being we must dissolve into, but as that ground of Being risen up through evolution into a conscious relationship with itself as human!  It's a profound oneness of multiplicity breathes enthusiasm and heart-bursting poignancy into every dimension of our human lives.
I've come see that we don't need smaller egos, but bigger ones.  Most of us have egos that are like tight and narrow “ego tunnels.” And when it comes to egomaniacs, it's their delusions of grandeur that mask how tiny their egos really feel, convincing even us that they are too large when it actually seems they're not roomy enough! The most egocentric seem to have the most narrow mindset and experience of oneself. It is when an individual expands their consciousness that they can realize more of what and who they really are, not egoless, but so much greater than just an isolated little me. It feels like our sense of self and of what we consider to be me or I stretches, becoming vaster, to include how much more our individual reality is when we know ourselves as individual expressions of the entire universe! It seems a big mistake that is causing great suffering, is to believe our personal sense of self should shrink you wake up to your universality, and that instead the most good comes from transcending and including (as well as transforming!) what we have transcended,  our sense of self growing out of just-me-centricity to global or world-centricity, in which we're inspired by what we can do as individuals when plugged into our universal nature, on behalf of the good of all. You could also say, what the universe can do, when plugged into it’s individuality, on behalf of all parts of itself, rather than just one :)
I hope I can help others by sharing how I freed myself from a de-humanizing, non-relational non-dual paradigm and offering an alternative to liberation through self-negation. I hope to experience "divine immanence" together, when the spiritual is the material and vice versa, and holiness radiates from everything nihilistic paths degrade. Something extraordinary happens when we aren't focused on collapsing form into emptiness, but plugging our senses into the evolution of formlessness flourishing as form, and how our reality has always been Being becoming.  A third thing that emerges when opposites like oneness and separateness co-arise, and a shared revelation of being expressions of a universe that didn't come this far to simply dissolve back into it's origin, but to experience itself and love itself as human.

So many of us aren't aware (I was not!) that there are non-dual paths that don't begin where you end, and which show you how precious all of you is, including your personal self which isn't non-existent, but a real part of the greater whole of what you are,  a whole that has a hole in it when you remove yourself from the picture. There are non-dual paths that reveal how our bodies, minds, souls are not illusions to overcome, but are manifestations whatever words you use for god. Paths that reveal how oneness has nothing to do with your non-existence as a person, and that since it's based on relationship, it has everything to do with your individual, "personal plus" presence. Yes, it relies on you and me being both separate and one at the same time. This is the wholeness that excludes nothing , instead holding more, not getting rid of "the ego" but healing unhealthy patterns and tending to the wounds that limit us with self-compassion. We become more inspired to turn towards them when we recognize our painful emotions as parts of god's humanity, and god itself! When it comes to suffering, when we experience divine immanence, we know that our suffering is simultaneously gods suffering, and we want to embrace it in love, knowing that whenever we reject parts of ourselves, we simultaneously reject elements of god. Paths on which we don't look through form to see its true nature, because we look right at its true nature as formlessness enformed.
​"The wish to lose oneself, however well-intentioned, often masks a mind-set dominated by self-judgment and self-deprecation. It is often just another way of trying to find a safe place to hide, replacing a troubled self with something perfect and unassailable."​
​​Neo-Advaita/Nihilistic Non-duality Awareness
In tandem with exploring this new paradigm of non-duality, I'm compelled to spread awareness and encourage a wider conversation in the non-dual community about the dangerous pitfalls of Neo-Advaita, "insta-enlightenment" and other mis-appropriations of renunciate Eastern teachings by Westerners, by describing from my own experiences and those of many others, the new forms of profound suffering that await many of us who lose ourselves in them.  This is a plea to join us in understanding which aspects of these teachings, that in the name of ending suffering, are inadvertently causing so much affliction, so that we can minimize the harm. This is the most compassionate response 🙏🏼

Myself and others have lost too much of our precious souls to it, and I re-emerged from my own ashes with a desire to help others avoid it by choosing richly human and relational alternatives, and support people in recovering from the damage done. This includes the possibility for conscious self re-construction.

Read more about the world of modern non-dual nihilism, and bringing people together who have been harmed by it.
​
Read testimonials
^From people harmed^
​
Why COnstructive
​ Deconstruction?
​​
Stepping out on a Fall morning, struck by the very reality of the world. I hear Nisargadatta's voice echoing through time, "Refuse this dream the stamp of reality!" But I can no longer heed his call because today life is no longer just a dream, not a bubble to burst, but dramatically, mind-blowingly real, and in the light of this precious isness, everything radiates significance. My soul flutters with delight watching god interact with itself everywhere I look. Everyone a piece of god that contains all of god. Then, I hear Ram Das's lovely voice whisper, "Everything is god in drag!" but now it's not quite right, because now I see that god doesn't wear masks, and the world is not just an appearance. This world of form no longer conceals god, but reveals him/her/it everywhere, all of this is the revelation of god, it IS god expressing itself in infinite ways, god, the multi-faceted! I smile to myself because today I don't need to peel anything back or strip anything away to look upon god's (many) face(s).
​
Divine Immanence Poems
My trajectory, in a nutshell
​Driving through the Arizona desert, I'm in the passenger seat staring out at the mountains slowly streaming by, trying to recall how it felt to merge with my surroundings back when becoming one with everything meant disappearing, meant swiping myself out of the picture and dissolving into thin air, becoming nothing and everything. Well, everything except for me, except for somebody. Only in hindsight can I say that most of the time when following those non-dual pointers, I wasn't actually becoming one with everything, I was disappearing into it and there's a world of difference between the two.....​Read More
​
​I am more interested in what we can do together than in what I can do alone. ​So please send collaboration ideas! 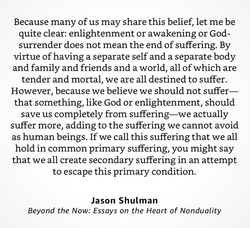 *Some modern non-dualists have started using the term evolutionary, but this is very different from what I mean by evolutionary.
In their view, the formless ground of Being evolved into form in order to collapse back into formlessness, rather than to experience itself, partake in itself in and as the world of form, and explore its potential to flourish as the form it has become.
THE REAL MIRACLE IS THAT THERE IS ANYTHING HERE AT ALL!
Proudly powered by Weebly